The RAA annual meeting was held Wednesday, June 1, 2011. The pot-luck dinner was well attended, there was lots of great food to eat. New officers and the entire slate of the 2011-2012 Operating committee were introduced, the complete list can be found here. Larry Harvill introduced the new Board of Directors, the list of those members can be found here. Jerry Meeker provided a brief report from MCAEEF (our art education fund committee). Larry Harvill then gave an award to Janet Edwards, for her years of service to the RAA in so many capacities. The final item on the agenda was Evelyn Ifft, walking those in attendance through the architectural renderings of the proposed addition to our gallery. After the meeting adjourned, people had lots of fun flipping through old scrapbooks, thoughtfully brought by historian Liz Coviello. 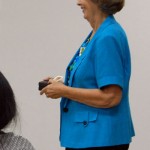 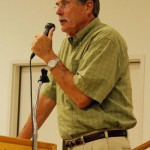 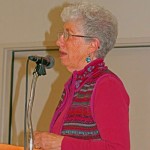 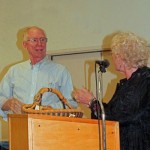 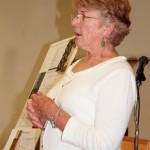 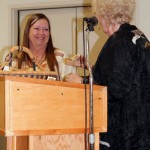 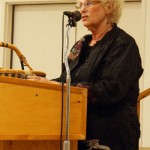 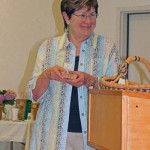 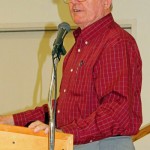 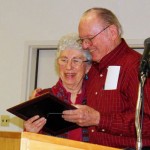 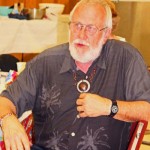 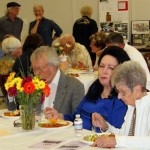 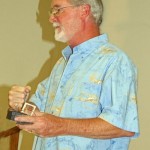 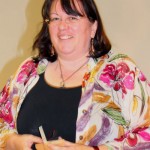 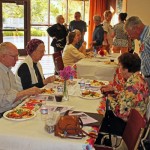 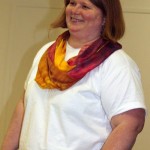 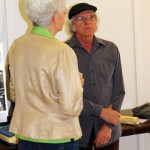 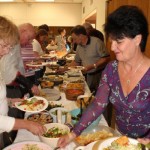 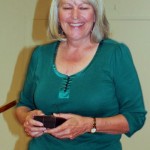 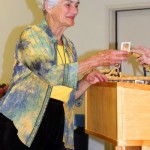