RAA is delighted to present internationally acclaimed Master Artist, David Fairrington, for the March Program. The program, “The Portrait, How to Paint One, and the Importance of a Portrait”, is on March 23 from 7 to 9PM, free to RAA members, $3/guest. There will be an opportunity drawing of original artwork by the program artist.

Fairrington’s work was recently juried into the Smithsonian’s National Portrait Gallery’s portrait competition. He is one of the artists officials in the government can select for their official portrait.

Fairrington grew up in Texas and after graduating from Texas Tech University he served as an “Army Combat Artist” for the Dept. of the Army in Vietnam. The paintings he did are now in the U.S. Army Center of Military History in Washington D.C. and were recently shown on the CBS News Sunday Morning show.

After the military, Fairrington opened his own design studio designing and executing over one hundred and fifty movie posters for such studios as Twentieth Century Fox, Warner Bros., Columbia Pictures, Universal Pictures, Sony and MGM Studios.

Fairrington was named a “Master Artist” by “International Artist” magazine and his portraits are in private and corporate collections. His scope of work includes sports figure -Arthur Ashe, officials -Police Chief Bratton, government – Senator Alan Loenthal, TV celebrities like the cast of Scrubs, Lost, Desperate Housewives, etc. to name just a few. In the ballet world he is known as the “Degas” of ballet painters.

Fairrington is still painting portraits, but he has also branched out into landscapes, seascapes, horses and still life painting. He says painting is a deep love and a way of life now. It’s what he does to find himself.

You may visit his website and see the portraits referred to in this article and many others at:

Get out your brushes, palette and a treasured photo for the Fairrington Workshop on Saturday, March 27 from 8:30 am to 3:30 pm at the RAA Gallery, downtown, Redlands. Sign up at the gallery or phone in with your credit card info. $ 65 for RAA members, $ 75 non-members.

We are happy to have such a talented artist for our March program and workshop. I hope to see you there! 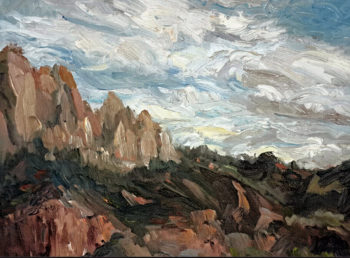 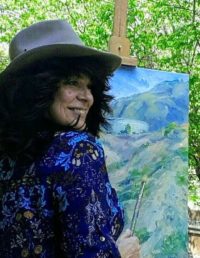