Posted at 21:21h in Events by Publicity

The 48th Annual Multi-Media Mini Show, hosted by the Redlands Art Association, is on display at the Gallery and Art Center, 215 E. State Street, downtown, Redlands, March 9 through the 30th.

The Multi Media Mini Show (MMM) is unique to Redlands.  What makes it different is, 1) the limitation of the art piece to 14.5″ including base or frame and 2) that all media is accepted. The MMM Show is still the only one of this scale in Southern California. An art judge views the entries and selects the ones for the show. Penny McElroy, Professor of Art at the University of Redlands judged the show and awarded the prizes.

First Place, $400, was presented to Christine White from Redlands for her oil, “Quiet”.  Second Place, $300, to Ann BinghamFreeman from Yucaipa and Third Place, $200, to Tony Radcliffe from Redlands. Juror’s Choice awards, $ 50 each, to Natalie Richards from San Bernardino  and Lori Worby Krebs from Banning; Excellence Awards, $ 50 each, to Adeola Davies-Aiyeloja from Loma Linda and Julie Evans from Highland. Past President’s Award, $100, given to Caroline McAllister; Joan Wiley Memorial Award was presented to Karen Clark. Watercolor West gave a $50 award to Betty Pilley in Hemet for excellence in watercolor. Honorable Mention awards are: Chick Curtis, BeaJay Hurd Baldwin, Adeola Davies-Aiyeloja, and Alycia Wheeler. 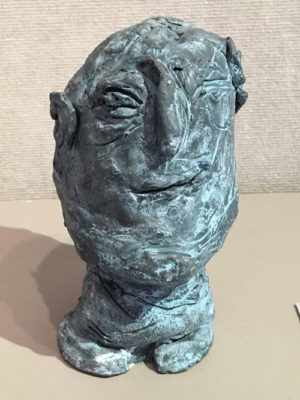 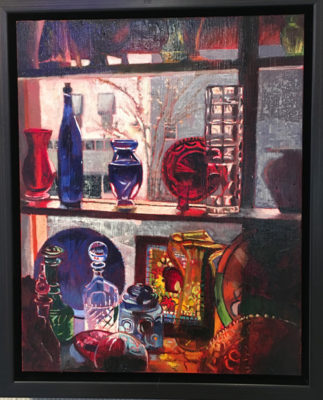