Posted at 15:34h in Events by Publicity 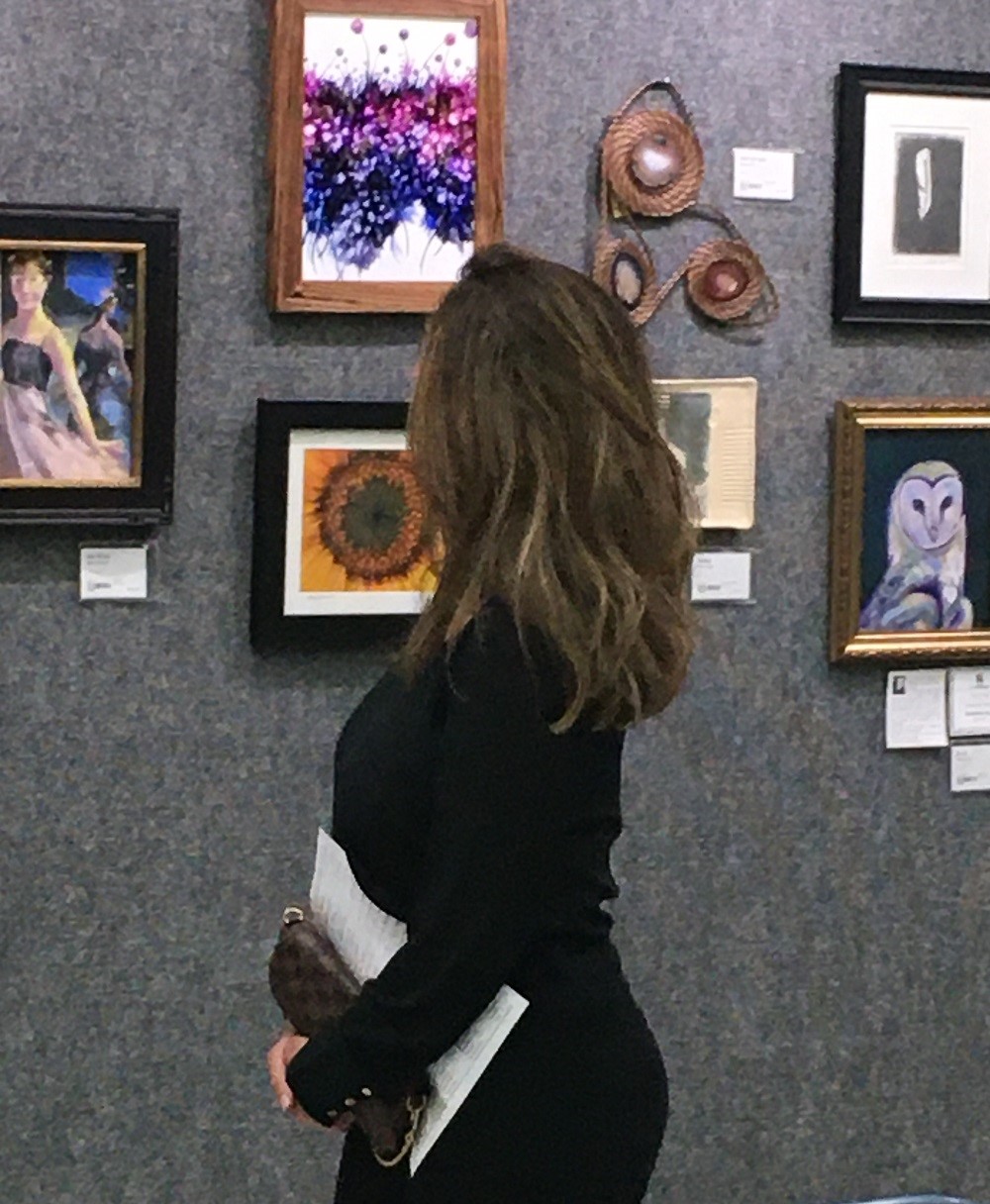 The 53rd Annual Multi-Media Mini Show, sponsored by the Redlands Art Association, will be on exhibit through March 29 at the Gallery and Art Center, 215 E. State Street, downtown, Redlands. The public is welcome to view the exhibit, no charge.
The Mini Show has been unique to the Redlands Art Association. What makes it different is that all media is accepted. For example, artists can submit photography, digital (computer) work, fiber art, drawings, glass, sculptures in wood- stone- and metal, as well as the traditional fine arts and the limitation of the art piece to 14.5″ on any side, including base or frame.  Naturally, its success has spawned similar shows, however, the MMM Show is still the only one of this scale in Southern
California. 116 artists submitted 286  pieces but only 185 pieces were chosen to show.
1st Place, Jeff Owens. “Untitled, Series 4”

The MMM Show was open to all California artists and/or RAA members. The juror for the show is Munro Galloway. Galloway received a B.A. in art semiotics from Brown University (modern culture, creative arts and the media) and an M.F.A. in painting from Bard College in 2006. He has worked as a critic, translator, and assistant editor at Art Press Magazine in Paris and as a production designer at The New York Times Magazine. His work was included in the exhibition “Dust: Plates of the Present” at the Pompidou Center, Paris, France, in October 2020.
Galloway has taught at Brooklyn College, the Cooper Union, Princeton University, and the School of Visual Arts. He was appointed lecturer in painting/printmaking in 2013. He is currently an Associate Professor of Painting and Drawing at the University of Redlands.

Galloway chose the winners of the competition and awarded over $ 1400 in cash awards. He awarded first prize to Jeff Owens from Redlands for his abstract, “Untitled, Series 4”; second prize to Sandy Davies of Redlands for her mixed media painting, “The Thought Crossed my Mind”; and third prize to Teri Adams, of Redlands for her Multimedia painting, “Pondering”.  Juror’s Choice Awards went to Darrell Harris and Jan Harvey. Excellence Awards went to Robert Boatman and LW Krebs. Madeline Blua accepted the Joan Wiley Memorial Award, Denise Hawkins accepted the Doris Cook Memorial Award and Ed Sotello took the Past Presidents Award.  Watercolor West, another art organization donates each year for Best in Watercolor. This year, Pat Meeker took the award. Honorable Mentions were  Mary Gehley, Sally Sherlock, Dean Spencer, and Cindy Sullivan. Art suppliers added to the awards: Blick Art Materials (See art materials catalog from A to Z) donated three gift certificates, given to Kelley Havens, Carol Stouthamer, and Nancy Wade. Amperstand’s gift certificate (artists panels) was awarded to Gil Yzaguirre, and Createx Colors’s gift certificate (acrylic & airbrush paint) was given to Joan Marie Smith.
Purchase Award Patrons were given special viewing hours before the public opening to select their purchases. These patrons are: Shirley Harry, Grace Fermier, Kris Bussard, Sandy Davies, Linda Willason, and Adeola Davies-Aiyeloja.
Galloway’s Juror Statement read in part, “I tried to make a selection that represented the range of different artwork that was submitted. I looked at painting, drawing, printmaking, photography, collage, mixed-media, sculpture, ceramics, glass, and jewelry, among other media. The bulk of the submitted work was painting, which also makes up the majority of the exhibition, but there are also fine examples of artwork in all the other media. In fact, it was very difficult to narrow down the number of works to fit in the show, given the quality, creativity and care the artists had put into their individual pieces. Any selection of creative work is subject, but I do hope that this selection represents the strengths and accomplishments of the arts community in the Redlands area.”
Gallery hours are Mon through Sat, 11 am to 5 pm. Visitors are asked to wear a face mask.