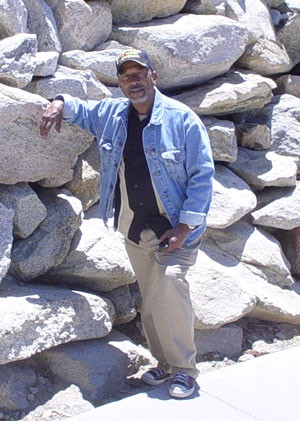 Posted at 21:00h in Featured Artists by Webmaster

Originally from New York City, my wife and I moved to California in 1976. Over the last 34 years we’ve lived in Carlsbad, East L.A., Pasadena, and Pomona. We now live in a century old historic home in south Redlands.

I’ve been a member of the Redlands Art Association only since January 2010 after joining at my wife’s suggestion. As a Vietnam combat veteran having been diagnosed with Post Traumatic Stress Disorder (P.T.S.D.) because of combat experiences, art and writing poetry have been, and are, both therapeutic and cathartic. I recently had some of my poems published and will have some others included in a second book. Retiring in 2009 has given me more time to paint and write poetry both of which revolve, for the most part directly or indirectly, around my P.T.S.D. and combat experience. I am also a docent at the Lincoln Memorial Shrine as well as volunteer time weekly at the Braswell Colonial Care facility.

Over the years, or should I say decades, I’ve given most of my pieces away as gifts. As well as winning several ribbons, for memory/shadow boxes at the L.A. County Fair I also make and sell crafts. These include painted cigar boxes, greeting cards, door hangers, decorated mini X-mas trees and magnets etc as fundraisers. I’ve sold them at the Redlands Y.M.C.A. Christmas boutique and The Art in the Park. The proceedings all go to support a Christian church and Muslim children’s orphanage in Sierra Leone Africa.

My favorite medium is acrylic on non-traditional material such as wooden puzzles and geometric shapes if possible, if not then on cardboard canvas. I would describe my style as eclectic symbolic collage art with an approach of “art outside the frame.” My philosophical view on my art is that frames tend to limit, restrict and cramp my creativity. Art, in my view, should “stimulate” either positively or even negatively so that a negative reaction to a piece, such as “what is that supposed to be?” is better that a ho-hum “oh that’s nice” reaction. My favorite color combination, cobalt and sky blue, comes from Genesis 1:3-5 representing a type of Judeo-Christian nadir if you will. I paint alone and use it as a time of therapy, creativity, meditation and introspection. Rather than duplicating what I see outside myself I try to project what I perceive and feel inside in a sort of free association of ideas and images. Thus my pieces tend to be, in a way, “rorschachesque.” Some of my favorite artists are Peter Max, Salvador Dali, Max Ernest, M.C. Escher, and Rene Magritte whose influences are evident in most of my work.